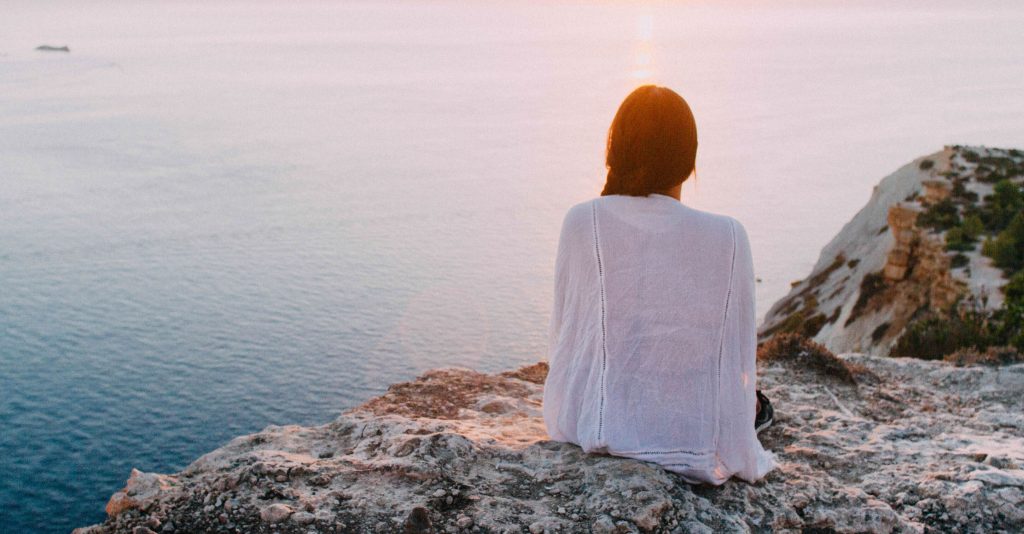 We did not evolve to be happy 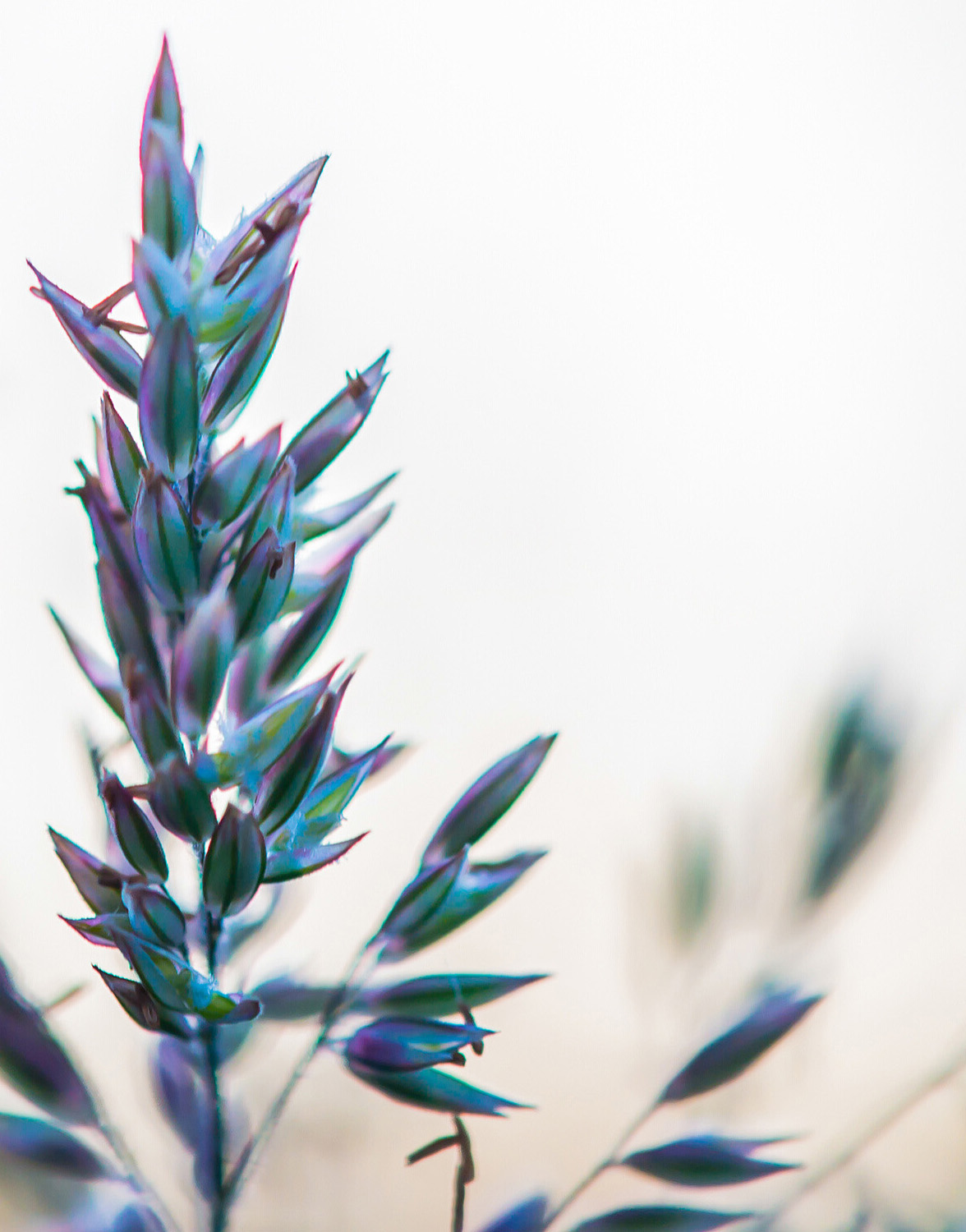 If somebody told you nine positive attributes about your behaviour and personality and one negative attribute, which one potentially would keep you awake and stir your thinking at 4 a.m.? My guess is – it is not one of the nine positive ones.

In the previous article we discussed that the first step of managing our anxiety in a healthier and less stressful way is to understand the purpose and nature of anxiety and why as humans we are so prone to it.

In order to do this, we need to discuss what psychologists call ‘negativity bias’ – the fact that negative events have a profounder impact on our brains than positive ones. It is the reason why often we get fixated on an insult, on our perceived faults or on our mistakes. It is why criticism draws our attention more than compliment.

This bias towards negativity has a profound impact on the way we think, the decisions we make and the relationships we have with ourselves and others.

I don’t know if any of you are aware of an experiment funded by the skin-care company ‘Dove’ in relation to women’s perception of themselves. Self-perception is an interesting example of negativity bias.

In the experiment, a former FBI forensic scientist was asked to sketch women’s profile pictures according to their own description of themselves without being allowed to see them. He then drew their profile picture according to the description given by strangers who had the opportunity to meet the women for 30-minutes prior to describing them to the artist. All portraits of the women drawn in accordance with the description by a stranger had a true likeness, whereas the portraits drawn in accordance to the description the women gave of themselves depicted them, without fail, looking heavier, sadder, older and generally with an emphasis on ‘problematic’ features.

The negativity bias is not just about the self-image we have, it affects our brains in all areas of our lives. This psychological phenomenon also explains, for example, why bad first impressions can be so difficult to overcome and why past traumas can have such long lingering effects. In almost any interaction, we are more likely to notice negative things and remember them more vividly.

As humans, we have a tendency to:

This is hugely important to understand when we try to learn how to manage our anxiety in a better way. 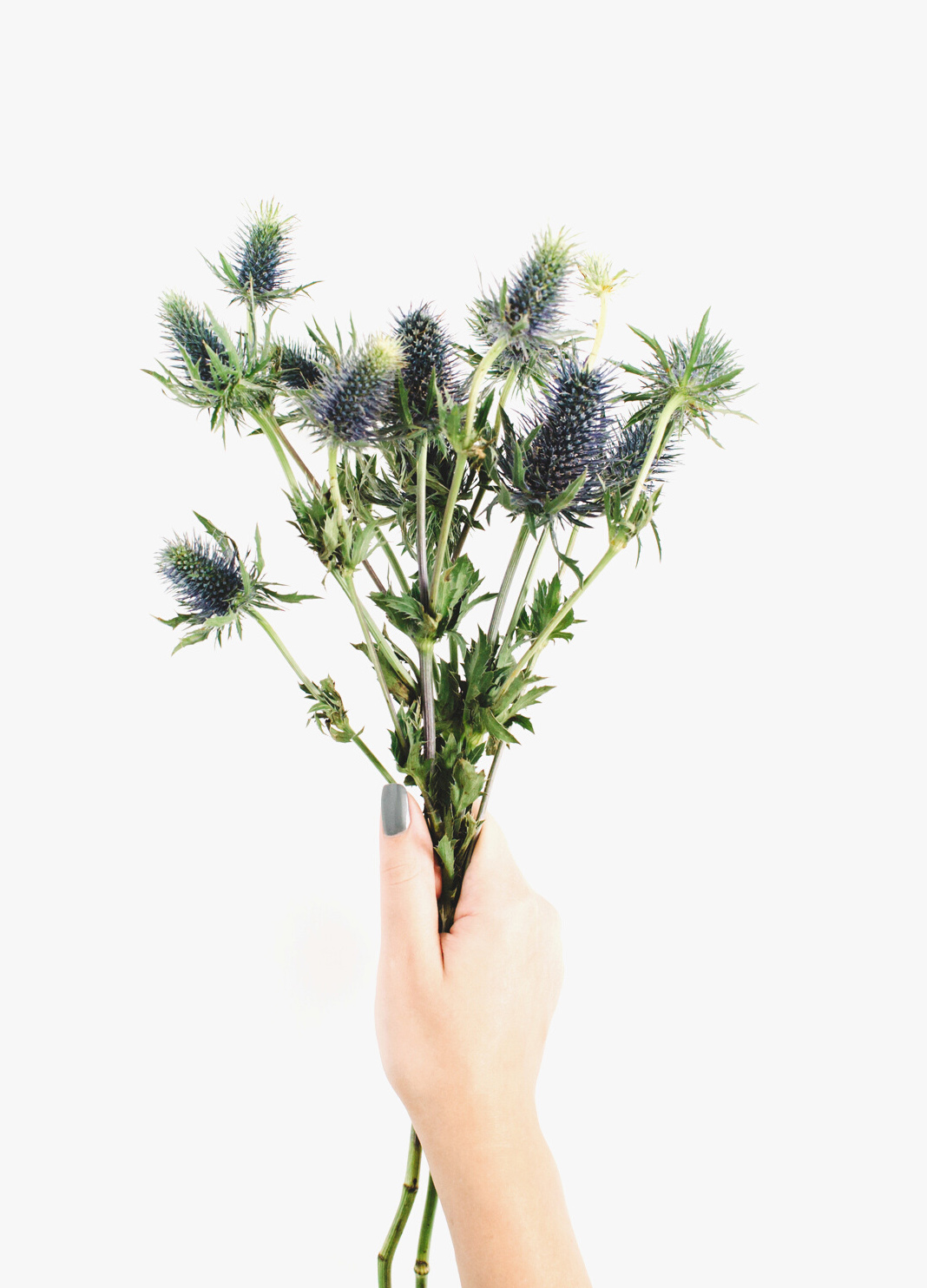 But where does this negativity bias come from? Why are we wired in this way?

Research suggests that our tendency to focus on the bad stuff is likely a result of our evolution. Paying attention to bad, dangerous and negative threats ensured our survival as a species early on in human history. We are, after all, physically not very strong or resilient compared to animals which could have posed a threat to us: our skin is thin, soft and unprotected, our fingernails and teeth are nothing compared to the claws and the bite of a predatory animal and we are not particularly able to move fast, in comparison.

Those who were more attuned to danger and who paid more attention to the bad things around them were more likely to survive. The consequences of a small mistake or oversight were dire – it was better to assume the worst at all times and take no chances.

The tendency to dwell on the negative more than the positive is simply a survival strategy our brain has developed to keep us safe. Hence, the ability to feel anxiety and go into a stress response is supposed to be an inherently helpful survival strategy.

You may also have heard about the ‘fight, flight or freeze’ response. This refers to a set of biological changes which happen in the brain and the body when an animal or a human is in real or perceived danger, preparing the muscles in the body for confrontation or flight. The freeze element of the stress response is used by animals and humans when the situation is perceived in a way that the first two options – fight or flight – are unlikely to be effective. In our modern societies it is the stress response we often enter into as the fight or flight response often is not an option. For example, it is not a useful stress response in a work environment to run out of your place of work when things get too stressful or physically fight your work colleagues or customers. 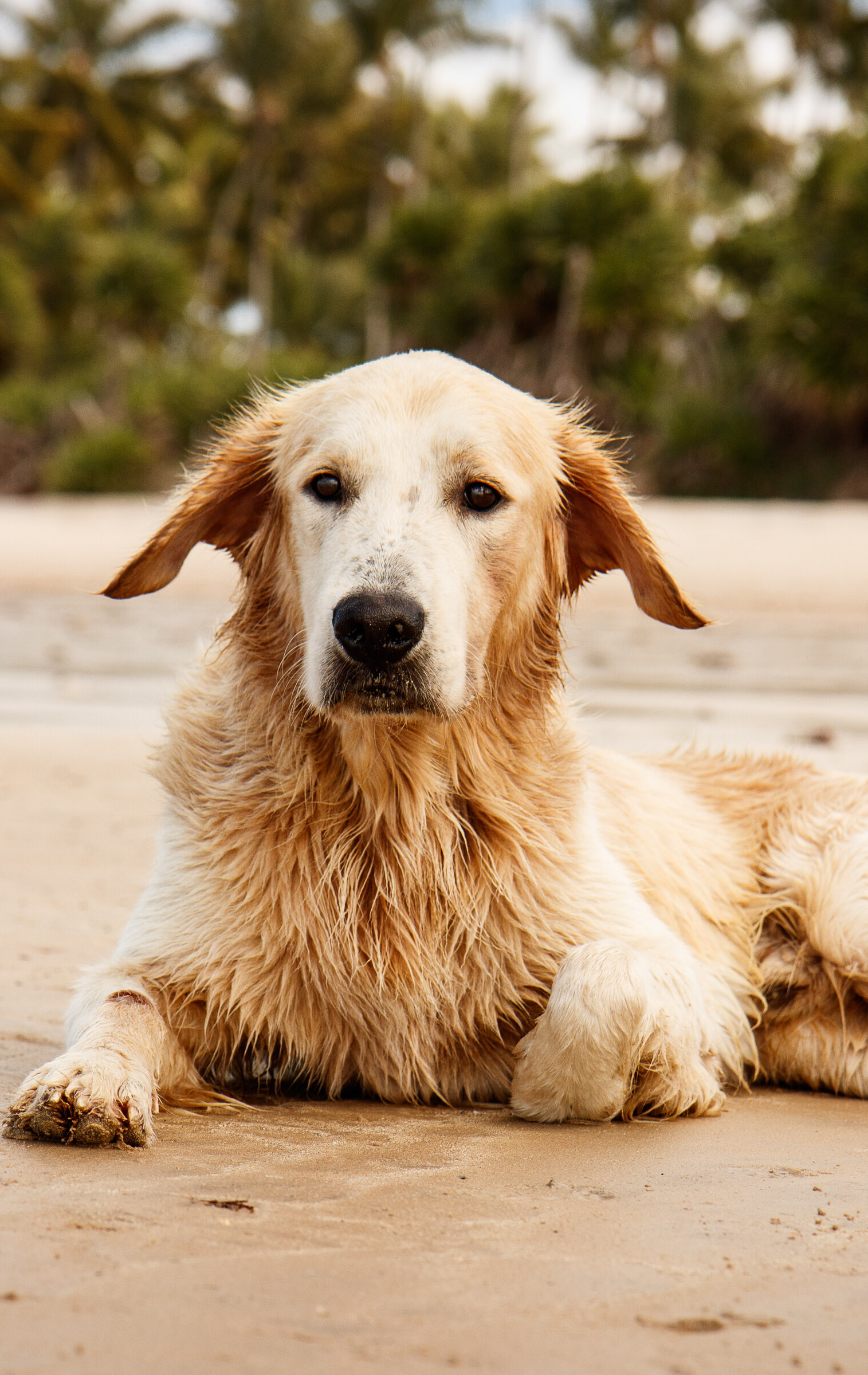 All animals have this fight or flight response. The key point is that, in humans, language and thoughts can trigger emotions and, with that, our anxiety. Only humans have the ability to imagine a danger or negative event that hasn’t materialised and to feel anxious about it.

As humans we have the exceptional skill to think about and plan for the future; however, the flip side of this coin is that this cognitive skill also allows us to focus our anxieties on imagined threats in the future and the tendency to worry about things we have no control over and more often than not will NEVER materialise. This can lead to issues with anxiety.

This stress response is a highly sensitive and effective ‘alarm system’ to keep us safe. When anxiety becomes a problem, we suffer from a series of ‘false alarms’ being triggered and taken as read by the person who is experiencing it; the alarm system has become overly sensitive and is triggered by the slightest concern. In our modern societies most of us are not dealing with the constant threat of physical danger or life or death situations, and therefore the alarms we experience often are false or out of proportion in relation to the level of danger but the worry and anxiety is real. 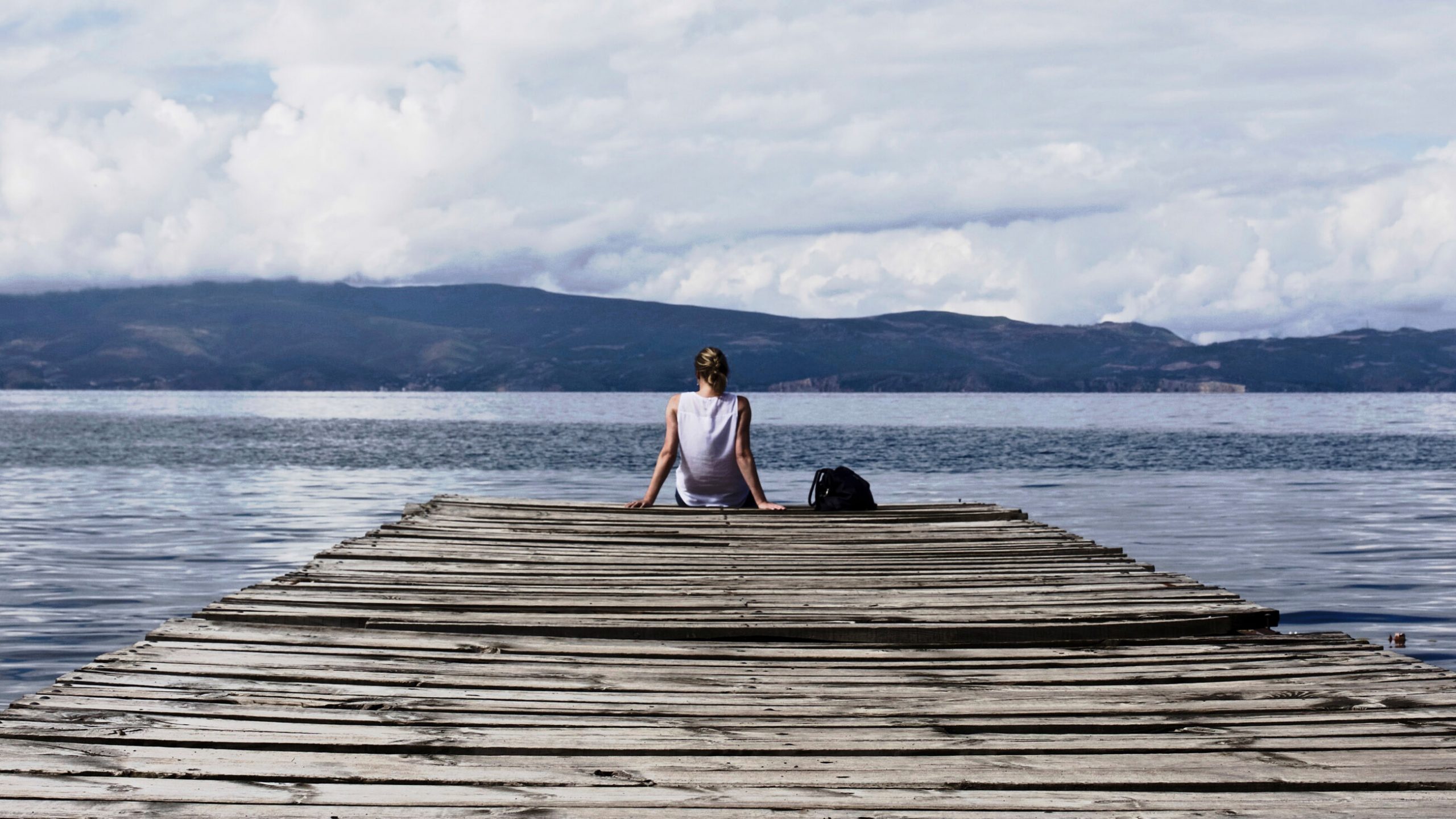 The ‘fight, flight or freeze’ response is automatic and requires no conscious thinking. However, it is possible to reduce our anxiety by learning how to manage our alarm system in a more effective, proportionate and energy saving way by engaging the very thing that can make our anxiety a problem in the first place – we can engage our enormous cognitive capacity to influence our thoughts and reactions and regain control over our anxieties.

If you would like to find out more about how to deal with your anxiety in a healthier way, join me soon for “Part 3: What we can and can’t control“.

If you are interested in the ‘Dove’ experiment in relation to self-perception, click the link and enjoy: https://youtu.be/litXW91UauE

This website uses cookies to improve your experience while you navigate through the website. Out of these cookies, the cookies that are categorized as necessary are stored on your browser as they are essential for the working of basic functionalities of the website. We also use third-party cookies that help us analyze and understand how you use this website. These cookies will be stored in your browser only with your consent. You also have the option to opt-out of these cookies. But opting out of some of these cookies may have an effect on your browsing experience.
Necessary Always Enabled
Necessary cookies are absolutely essential for the website to function properly. This category only includes cookies that ensures basic functionalities and security features of the website. These cookies do not store any personal information.
Non-necessary
Any cookies that may not be particularly necessary for the website to function and is used specifically to collect user personal data via analytics, ads, other embedded contents are termed as non-necessary cookies. It is mandatory to procure user consent prior to running these cookies on your website.
SAVE & ACCEPT